What Are Coral Reefs?

Coral reefs provide a source of food and work for millions of people worldwide, especially near the coast. They operate as a major carbon sink that helps to combat climate change. Although ecologically and commercially significant, the risk of coral reefs is growing as a result of human pressures including overfishing, seabed, wastewater pollution, unstabilized tourism, and coastal growth. They are also faced with natural climatic and global warming issues.

Although the coral reef only occupies 0.2% of the sea, it spans 150, 000 km of shoreline across more than 100 countries and territories. According to the latest estimate on coral reefs, 19% of coral reefs worldwide are believed to be dead, and a quarter of corals worldwide is forecast to be extinct by 2050. Naam Group has undertaken a minor Coral Reef Conservation Project in an effort to safeguard the marine habitat around Paradise 101, near Pantai Kok. Why are coral reefs so important?

The extinction of this sub-water rainforest may lead to warms of the ocean surface temperatures, increased ocean acidification, or reduce protection against natural marine disasters. More than 500 million people are dependent on coral reefs to survive.

Here are 5 reasons why coral reefs are important:

The 2004 Tsunami and The Coral Reef

In 2004, Indonesia, Sri Lanka, Thailand, India, Burma, Malaysia, and many other nations were affected by a tsunami wave of up to 30 feet (9 meters). It has cost the lives of about 227,898 people in 14 countries and has been the greatest natural disaster in Indonesia (Wikipedia). An earthquake caused this calamity — causing a break-up along the fault lines between the Indian plateau and the Burma Plate, which led to seismic activity underwater which generated a number of tsunamis.

It was protected by the whole power of the tsunami on arriving on offshore islands in the Malaysian peninsula, where Langkawi is located because it had the protection afforded by Sumatra on the western side. In addition, outlying coral areas reduced the waves’ impact.

Since farming and aquaculture have had the largest effects, the damage has substantially impacted fisheries, livelihoods, and food supply. The damage to 97,250 ha of reefs was 30 percent, with impact on the coastline different (Living Oceans Foundation). Some reefs have suffered structural damage, some have been harmed minimally and some have been completely devastated. What is worrying is that coral rejection, pollution, overfishing, and irresponsible development are the most severe (always common) current threats to corals. They will not recover until reefs remain alone and no environmental stress exists. 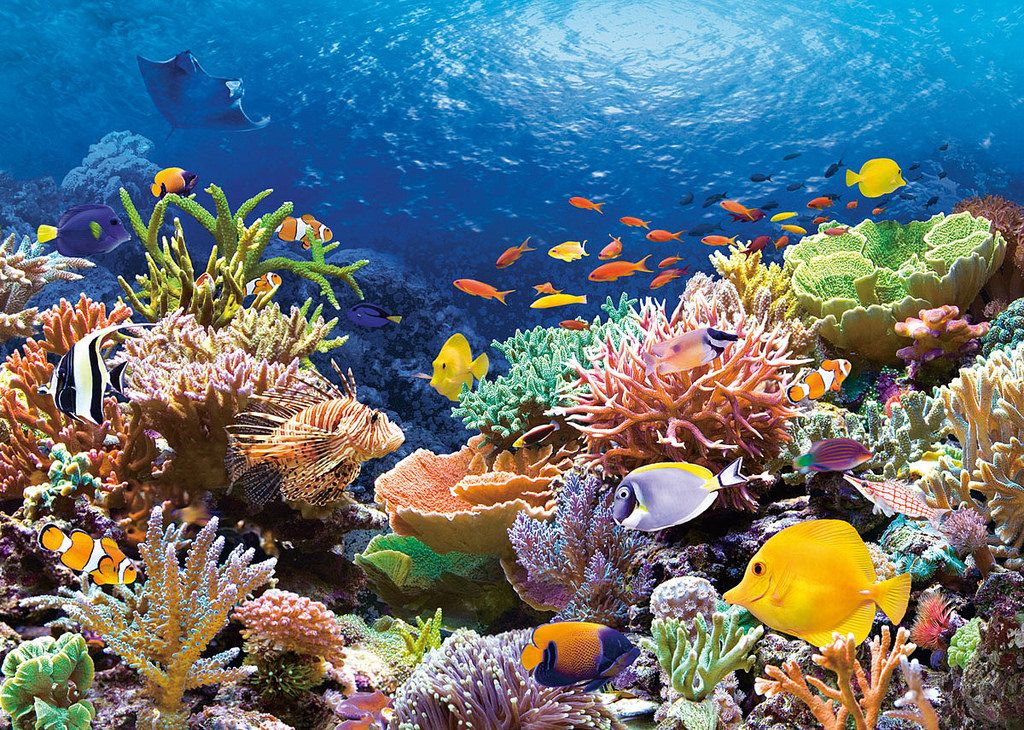 Coral reefs provide a significant habitat for undersea living, protect coastal areas by lessening the power of coastal waves and provide millions of people with a crucial source of revenue. Coral reefs are full of life. On one reef there are thousands of species.

The good news is that some things can be done to safeguard and reduce the deterioration of coral reefs:

Langkawi Island is located in Kuah Town in Langkawi – where the lovely Andaman Sea meets the Malacca Straits, one of the top paradise island locations in the area. Setul Formation is a rock landscape that took up to 400 million years to construct. Setul comprises 1,500m of dark grey calestone, with coral reefs, calcareous cherry, travertine and lime.

This smoke-free hotel offers a restaurant, an outdoor swimming pool, and a bar/lounge. Free parking is available for you. Concierge, dry cleaning, and 24-hour reception service are also provided on-site. Complimentary Wi-Fi, room service, and free water are offered in all 72 rooms.

A Rock Resort Langkawi – Coral Reefs offers 72 different sorts of air-conditioned lodging in a bottle of clean water for guests. The hotel offers free Wi-Fi connectivity in this Langkawi hotel. The bathrooms are equipped with a shower, free toiletries, and hair dryers. Domestic service is available every day and an ironing board can be hired. The hotel has an outdoor pool as well as recreational services. 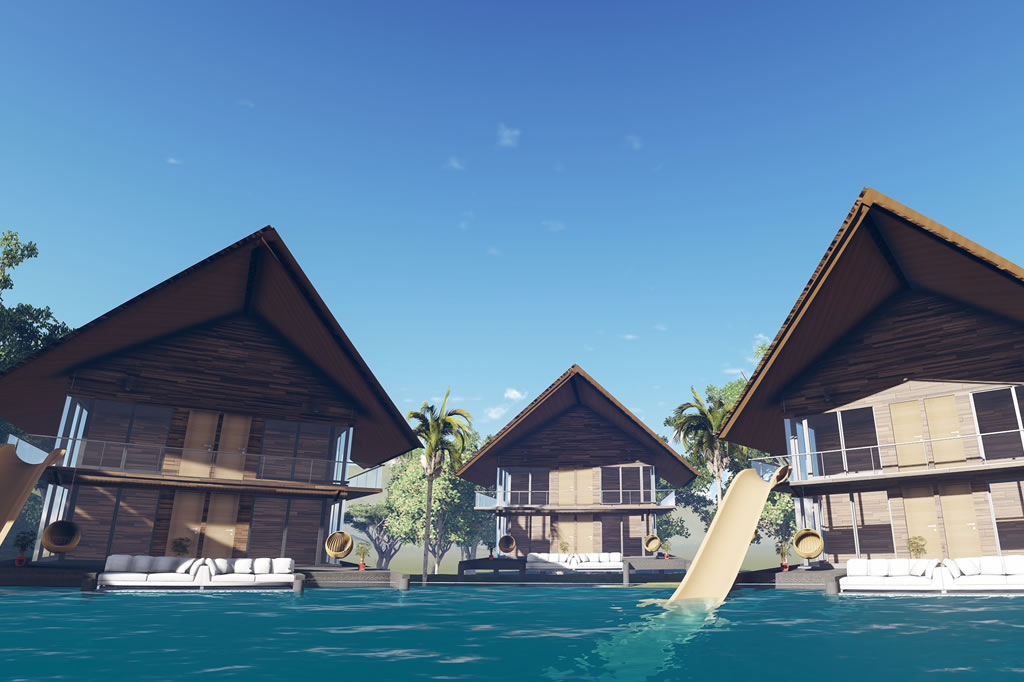 Our commitment to preserving the coral reef

While the conservation of coral requires so much more than a small project, we’re committed to doing everything we can to preserve the corals in Langkawi. It is our aim to introduce and implement a strategy in the active management of the reef ecosystem, as coral reefs are easily threatened by climate change and anthropogenic (environmental pollutants) stressors.

The project is taking place on one of two man-made islands in the area, Paradise 101.  Paradise was constructed near Pantai Kok in the late 1990s as a wave-breaker to protect Langkawi island from possible tidal waves.

We have committed ourselves to do everything we can to protect corals in Langkawi, even if the preservation of coral demands more than a minor effort. Our objective is to establish and implement a strategy for active reef ecosystem management as coral reefs can easily be threatened by climate change and anthropogenic (environmental) stressors.

On one of the area’s two man-made islands, Paradise 101, this project is going place. In the late 1990s, Paradies was built at Pantai Kok to provide protection against tidal waves on the island of Langkawi.

How are we preserving coral reefs in Langkawi?

We began this preservation project by laying 30 corals (weighing between 3kg to 40kg each) in a protective cove within a 100 sq ft area of seabed off the beachfront facing Telaga Harbour.

In the protection area of a 100-square meters seabed off the beach facing Telaga Harbor, we started this conservation project by laying 30 corals in the protected bay.

This bay is around 1.5m deep during the high tide and is entirely off-limits for water sports and boating activities. This means that the marine life will have enough room and the correct habitat to mature throughout the years so that these corals will bloom into a tropical rainforest of water for hundreds of years.

Kamal, the Naam Coral Conservation Project Watersports team member and volunteer, explained that corals would flourish in an area sheltered from pressures that could harm the reef’s health.

“The shallow tropical location is currently beyond boundaries for water sports and watercraft. In order to make reef occupancy and expansion easier, we zoned the region. It’s only a trial.” Who knows, professionals like marine biologists could be engaged in further research to locate the best strands of corals in the Andaman Sea for potential re-seed attempts.”

Coral reefs should be monitored frequently, requiring shallow, clear water to reach them via sunlight. You require a warm temperature of the water.

Visiting Langkawi and looking for things to do? Well, adventure-seekers we are waiting for you at Paradise 101. Take a look at some of the exhilarating experiences we have on offer and make your trip to Langkawi even better! To book multiple experiences, we offer Silver, Gold & Platinum Paradise passes available. Contact our team and we will be glad to assist you!

Top 30 Things To Do in Langkawi