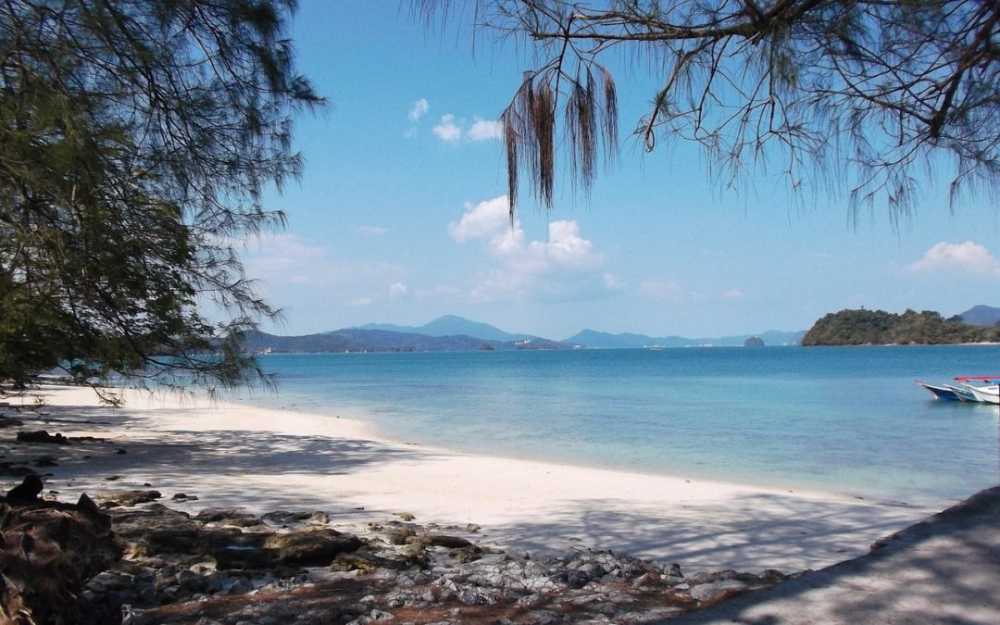 Langkawi is an enduringly popular island, a true tropical paradise and with the climate to match! Expect the weather at this part of Malaysia to be consistently hot and humid all year round, however Langkawi does experience the occasional rainfall and cloudy skies, but thankfully it is never too drastic. Located on the northwest coast of the Malaysian Peninsula, the island is shielded from major winds and storms by the main island on one side and Sumatra on the other. This brings more stability to the beautiful islands climate.

To help you choose when is the best time to visit Langkawi, we take a look at the weather throughout the year.

Unlike many other parts of Malaysia, Langkawi enjoys far more pleasant climate, featuring sunshine, dry spells and stable weather. Being a great place to visit all year round thanks to the hot climate, there are two distinct seasons: the dry season and the wet season.

The dry season in Langkawi falls from November to March. The days are beautifully sunny and dry, with temperatures reaching 30-35°c, whilst at night remaining between 28-29°c. Expect long days with hot sun lasting till late afternoon. Take full advantage of this Langkawi weather where you’re able to go outdoors and appreciate the sunshine, be it relaxing on magnificent beaches, traverse the tropical rainforest or completing lots of outdoor activities and tours.

This is a great time for tourists to take a trip to the island as the beautiful weather and calm waters allow for excellent diving opportunities and water-based adventures, such as parasailing, jet-skiing, banana boating and other outdoor activities alike. While this is a high tourist season where demand spikes, expect the costs of hotels, car rentals, boat toursand even tour packages rates shoot up due to the popularity. So make sure you pre-book your accommodation and activities before visiting Langkawi during this high season.

Due to the tropical landscape, Langkawi weather experiences the highest rainfall during the months of April to October, with the rain being heaviest in September and October. While the showers are sometimes accompanied by a violent thunderstorm, the weather in Langkawi is not usually adversely affected. Expect the sea to remain calm and the cloudy sky to clear within a couple of hours.

Don’t let the short spurts put you off, the abundance of water brings plenty of greenery and blooming flowers to Langkawi’s landscape – offering truly picturesque views across the island.

During this rainy season, especially between the transitional period – April and August, the island experiences a low season but is still a popular destination for visitors. Everything on the island is a lot easier to access, making it the best time to visit Langkawi where you get to avoid the queues and head to those must see attractions.

Langkawi from January to March

January to March can be rather warm, with temperatures starting from as low as 28°C, and can go up as high as 34°C during daytime and cools down to as low as 23°C during nightfall.

This period anticipates a dry spell with average rainfall at 50mm in both January and February. It continues to rise to about 90mm in March.

However, you shouldn’t worry much as long as you have a big sun hat, sunglasses, and a good sunblock to protect you from the heat. Remember to stay hydrated, and fingers crossed you’re able to enjoy clear blue skies all day long if the weather permits.

Langkawi from April to July (Mid-Season)

Expect a little more rain during this period. The average rain volume from April to July is 169mm across 14 days in April, and exceeds the 200mm mark from May to July.

The temperature fluctuates around 29°C between May and July, and proceeds to drop slightly from the peak of 30°C in April.

We highly recommend that you take the chance to swim in Langkawi’s open ocean this time of the year as the temperature of the water is just perfect.

Langkawi from August to November

August can be piping hot with an average temperature of 28°C. Having said that, the heat is bound to drop to 27°C in the coming 2 months, indicating that wet months are around the corner.

October is the wettest and coldest month in the year, recording 344mm of rain over 26 days. This is when rains and winds begin, sea swells and tides become choppier, causing tour boats and water sports activities to be deferred for safety reasons.

Things spice up in November and hence, Langkawi is often flocked by international tourists who wish to escape the cold, winter season.

Plus, there will be domestic tourists taking advantage of the school holidays.

Langkawi welcomes the start of a dry month in December as rainy days reduce to a mere 94mm over 21 days.

Mornings and afternoons can be hot with an average temperature of 32°C and proceed to reduce to 23°C at night.

Try to utilise most sunshine that lasts for 7 hours and catch mellow sunsets by the beach as well as sea eagles flying over the ocean, too!

A Summary of The Best Time to Visit Langkawi

November to April is the best time to visit Langkawi, as this is when Malaysia’s west coast receives the most sunshine and the least rain. Winds begin to pick up in May, and there’s more chance of thunderstorms. In June and July however, you may experience short spurts of rain. Finally, between August and October, expect long hours of heavy downpours.

If you are looking for more information on the best time to visit Langkawi and what it has to offer, feel free to contact our team or head over to our blog. Find out how we can help make the holiday of your dreams, visit our website for water adventures.

Malaysia Travel Guide 2023: Everything You Need to Know When Travelling to Malaysia

How To Get To Langkawi – The Ultimate Guide [2023 Updated]

10 Reasons You Need To Visit Langkawi
We use cookies to ensure that we give you the best experience on our website. Do you accept our use of cookies?YesNoPrivacy policy