What is the Langkawi Geopark?

A number of protected geo sites and geological monuments are located inside these parks within permanent forest reserves. In addition to protecting the varied natural habitats of these regions; mangroves, beaches, estuary lands, marshlands, Coral reefs, and cave grounds, these designated geo forestry parks can continue to grow in an abundant natural environment.

In addition to the geo forestry parks, the archipelago offers additional ancient steeples and geological marvels, including a 1-million-year-old dropstone found in the non-geo forested area of Tanjung, on the Pantai Cenang and Pantai Tengah frontiers.

The geographical, marine, ecological, and cultural heritage of each of these geo-forest parks is noteworthy. The Geopark experience has many natural treasures, from old rock formations and majestic mountain peaks to rich flora and wildlife. Keep your eyes alert and ready for your camera to capture beautiful nature!

The Four Wonders of Langkawi Geopark

The Kilim Karst Geoforest Park, called after the river that crosses it, and the predominating rock strata, is situated to the east of Langkawi. It is the biggest of the three principal parks. The Park is dominated by manglar woods and magnificent karst formations that have generated numerous sea stacks, sea arches, and pinnacles by dissolution and erosion of limestone from the Setul formation. The mangrove woods have produced a setting for many uncommon flora and fauna species such as the calcareous cycad, growing on the steep cliffs, the shining yellow hibiscus, the distinctive brahmin kite, and the sea eagle. 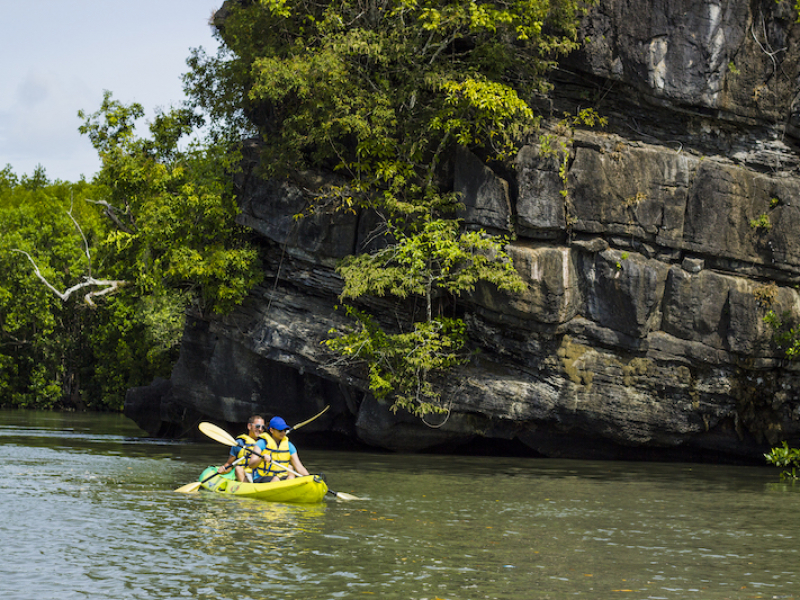 The Cambrian Geoforest Park, located in the northwestern part of the island of Langkawi, contains notable geological and biological assets from a breathtaking and wild mountainous environment, with steady peaks, vertical cliffs, sandstone ridges, gorgeous gorges, wetlands of exotic flora and fauna, like the unique bamboo or majestical glimpse. The area has abundant and exotic flora and fauna. 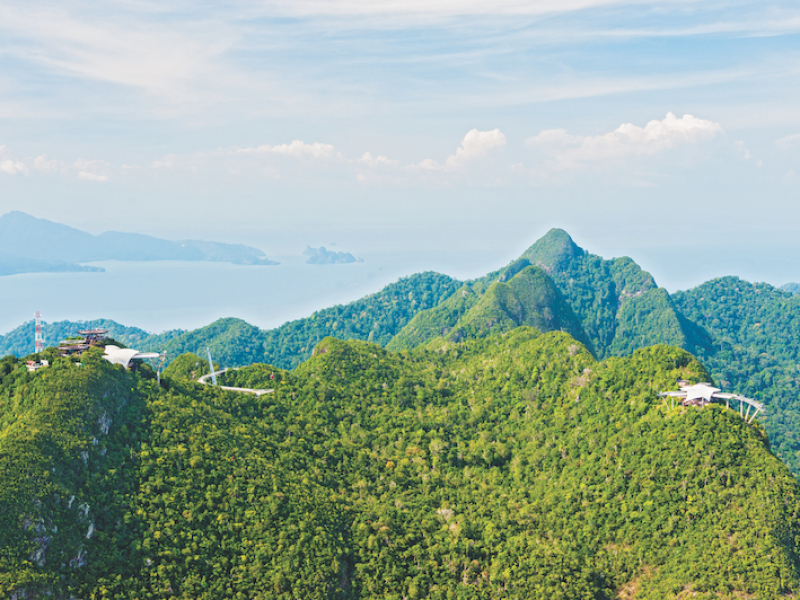 Dayang Bunting Marble Geoforest Park is a five-minute boat trip south of Langkawi’s main harbour. The island is called for its renowned lake Dayang Bunting or the Pregnant Maiden Lake as the hills on one side resemble a girl with pregnancy. Over time, tales have been broken, and drinking the water of the lake has been told to assist women infertile. The lake itself was produced by the erosion of a huge cave that collapsed resulting in a lack of structural completeness. The island features a major thrust failure north-south of the ancient Setul calestone coupled with the newer chuping calestone, which provides the island with imposing sea, caves, and sea stacks. Kampung Kubang Badak is one of the most unusual tidal river estuary ecosystems with a wide range of geological diversities and uncontaminated mangroves. The BioGeoTrail is a strategic collaboration initiative of Sungai Kubang Badak Langkawi Limited between the Langkawi Development Authority (LADA), the Langkawi Research Center (PPL). Its goal is for local and foreign tourists to enjoy a sustainable new geo-tourism offering.

Things to take into account during the Langkawi Geopark Visit:

Usually, tourists take on a tour to go around the Geoforest park. The tours are generally priced between RM200 to RM500 varying on the type of tour packages that you choose. Alternatively, you could also check with Geopark for their prices.

Paradise 101 offers various exciting promotions and packages that you can alternatively choose if you would like to explore Langkawi uniquely!

The Geopark of Langkawi has a variety of spectacular stalactite rock formations and large caverns surrounded by ancient jungles, stalagmites and twisting mangroves, marine caves and tunnels, wild animalistic and waterfalls. In the region, there were more than 90 geo-sites but three separate regions, each with its own distinctive geological relevance, comprise the Langkawi Geopark.

Langkawi UNESCO Global Geopark contains a lot of tales, myths, and historical links to the area around the Straits of Malacca, which is renowned as an ancient trading route in South-Eastern Asia. Combining this legacy with the typical fishing and agricultural hamlet, local culture is charming. Accommodation and amenities are offered for guests in this geopark to optimize the encounter with natural and cultural assets.

When you come to Langkawi next time you do not forget to visit this amazing Geopark! For future reference, save this article. Please contact Langkawi Geopark directly if you want further information. Tempat Makan Yang Paling Best di Langkawi (2022 Terbaru)
We use cookies to ensure that we give you the best experience on our website. Do you accept our use of cookies?YesNoPrivacy policy